I’m one of those. Those idiots who “do the long-distance thing,” which is a remarkably irritating phrase that has become part of the lexicon. You too? Grand. Welcome! Take a seat. Let me just answer all the questions I’m asked when a fellow human discovers that I’m in a long-distance relationship. We’ve been dating online for almost three and a half years, have been long-distance for the past eight months (plus another four months sometime during year two), and we are planning to end the madness in three or four months. Yes he’s planning to move to NYC, yes it’s for me, and yes I know that’s a lot of pressure but thanks for pointing it out. 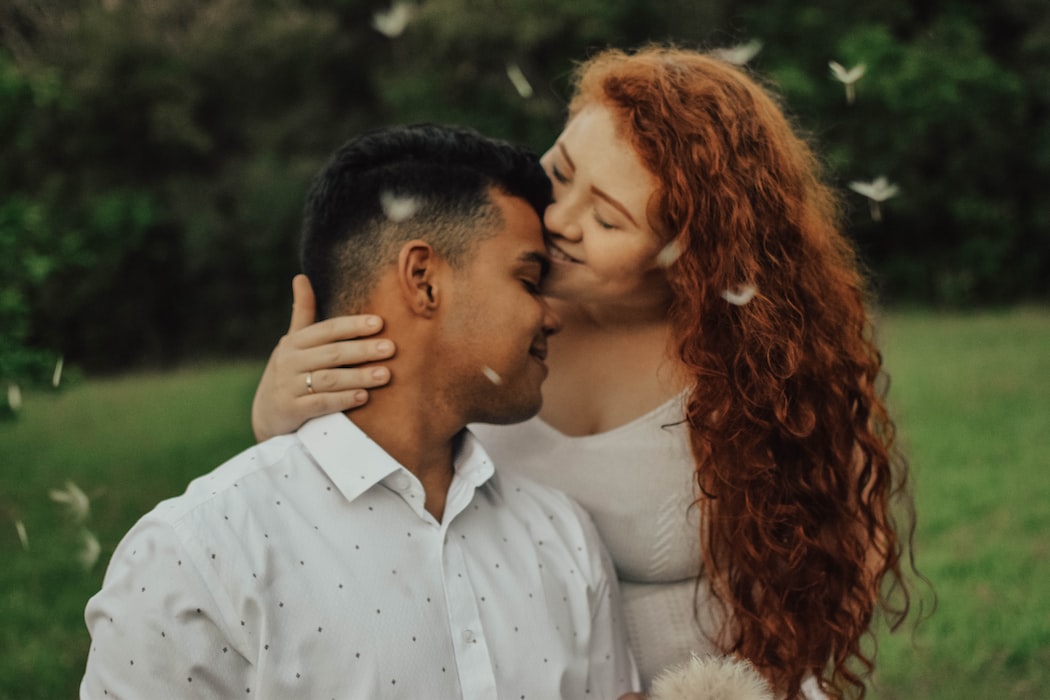 But to be completely honest about the whole dramatic-but-not-really ordeal, it hasn’t been all that bad. We’ve managed to see each other once a month, and it may also help that I’m dating the most stable, supportive, calm human being I have ever encountered on this earth. Of course I’m mostly batshit, so it all sort of balances out. Regardless, there are certain frustrations and unexpected difficulties that come with the territory. If you’ve lived the LDR life, you will understand each and every one of the following.

1. Just how important physicality is to a conversation

No matter how fantastic your conversation skills are and no matter how well you communicate, a phone call will simply never be enough. Especially if you are a physically expressive, affectionate person, you can’t help but feel disappointed by phone calls.

2. How important it is to focus 100% of your attention, even if it’s a measly phone call

This is one I’ve learned along the way, and I frankly think it’s a good lesson for everyone, all the time. If you or your partner are only giving your conversation a fraction of your attention (even if it’s 3/4 of your working brain cells), you’re wasting everyone’s time. There is nothing more frustrating than knowing the other person is looking at or even thinking about something else on the other end of the line, so just don’t do it.

3. Wanting to throw your phone against a wall rather than send one more text

This could be unique to me, but I can’t imagine that it is. At a certain point, you start boring yourself. The constant need for responses becomes more anxiety-inducing than anything else. You really want to talk to the person, but not like this.

4. The sense of RELIEF when you finally see the other person

Of course you’re happy, but more than that you are deeply and profoundly relieved to be in each other’s arms again. That wave of relief is so powerful that you literally feel it pulse throughout your body. It’s almost exhausting to have everything feel right, calm, and peaceful again because you realize just how off everything felt before.

5. How incredulous people sound when they ask, “Ohh so you’re doing the long-distance thing?”

It’s like, I know you’re trying to be nice, but I really wish you could see your face right now.

6. The unexpected benefits of seeing each other only in short spurts

Like I said, it’s not all bad. Long distance forces you to cherish your time together, and that’s an amazing thing. Also, the missing itself is a positive, affirming emotion. It reminds you that you really are supposed to be together.

7. Just how expensive flowers are

I love flowers, but not enough for my partner to incur credit card debt buying them for me.

8. Time zones are the enemy.

Sure it’s a little bit tough to find time to talk now, but it’s a cakewalk compared to long-distance in different countries.

9. How easy it is to pick up bad habits

This one is from my boyfriend, because obviously all of my habits are healthy, productive, and delightful. He however, has become accustomed to not cleaning. And yes, it’s going to be a problem.

10. The beauty of the wake-up phone call

If you can’t actually be woken up by your significant other, this is the next best thing.

11. Having Oovo, Skype, and Facetime ready in case one works better than the other

My boyfriend and I are pretty Facetime-loyal (which is another way of saying we are lazy), but I talked to what you might call a professional long-distance couple (eight months out of the year for four years straight), and they said you’ve gotta be prepared with all the right tools.

Somehow your entire being is always shocked when you have to say goodbye again. Despite the fact that “away” is the current default setting in the relationship, it never actually feels that way.

“I just want to hang out!” you whine about once a week. Watching your favorite shows alone is mildly depressing. Watching them with your partner is now an event, and boy does it feel good. Sure you could try to start a show at the exact same moment, but someone always ends up being behind and it’s a huge hassle.

15. Wanting to crazy murder your friends who are in normal-distance relationships

“Oh my God I haven’t had sex in like two days I’m going crazy,” your friend says. Really?

16. The catharsis of planning your next visit on the way to the airport

It’s a coping mechanism, and you do it every single time.

17. The excitement and nervousness of finally ending the long-distance

So I can’t claim to comprehend this yet, but congratulations if you do! I’ll keep you posted. What are some other long-distance struggles (or benefits) that I missed?